I tend to listen to a fair number of podcasts, and this year, I decided to reflect on a few episodes I really liked and opened up a new viewpoint.

Companies around the world spend more than half-a-trillion dollars each year on advertisements. This two-part podcast covers different viewpoints on how really it's worth it. The first part is focused on TV ads and their effectiveness and the second part is around digital ads. Considering this year, we had the Social Dilemma where there was a strong criticism on the "Big Tech" companies around having a strong impact by targeting and changing people's opinions. This takes a quite different angle around how little ads are actually effective or effectively used at a large scale.

Is New York City Over?

The covid pandemic has hit the world's biggest city particularly hard.  Due to the rise of remote work, many folks decided to move out of the big city. Does that mean cities like New York are dead?  On the podcast, the hosts look at the history to show why that’s probably not the case.

Maintaining the massive success of Envoy.

This episode of the changelog is with  Matt Klein as part of their Maintainer Spotlight Series. The episode covers how Envoy was born inside Lyft. Envoy is an open-source edge proxy for services designed for the cloud. In the past few years, it has gained a lot of popularity. I found it quite refreshing how the focus has been on making a shared value across companies trying to cash in on the project.  I suggest listening to Matt's conversation if you wanna learn why he picked a different path for the project. 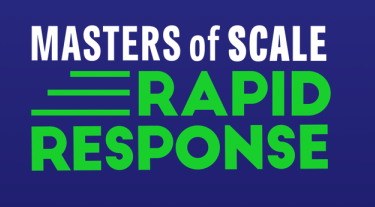 The podcast spinoff got created next to the standard masters of scale series. As Reid Hoffman said, it "A podcast to match the times." Since most of the world has been going through a crisis the past year, so is the series's focus. The series features focused interviews that bring real-time wisdom from business leaders to make quick decisions at times of crisis. The episodes were quite useful to me over the past year.

This episode is part of a podcast called Planet Money. In a sense, I am cheating here since it originally ran in 2018, but there was an adjusted re-run today. A lot of the policy from the past year, especially from nationalists parties, has been structured around putting out Tariffs to protect local workers.
This episode goes deep into the topic of tariffs and tells the 100-year-old story of Smoot and Hawley.
It's a fun story that goes into the topic of weaves in wool, humble buckwheat, and goldfish.

Is another Planet Money episode from this year. I strongly believe that the right incentives can make a dramatic change. The episode goes a little more on the economic aspects of vaccines. How the market for emergency vaccines works and why we don't have vaccines for certain diseases.

Episode from one of my favorite podcasts. Radiolab is a radio program produced by WNYC. The show is hosted by Jad Abumrad and Robert Krulwich, and the show focuses on topics of a scientific and philosophical nature.  This episode covers interesting aspects of Roberts's life as a reflection on his long and storied career in radio and television. It's a refreshing way to listen about one of the hosts I heard so many episodes on in the past years.

I can't say I have a deep interest in crypto, but Naval's take on certain aspects of professional life and reduce anxiety was refreshing. Naval Ravikant is the co-founder and chairman of AngelList, and with that investor is many successful companies. There is a book called "The Almanack of Naval Ravikant: A Guide to Wealth and Happiness" that goes a bit deeper on some of the topics covered in the interview.